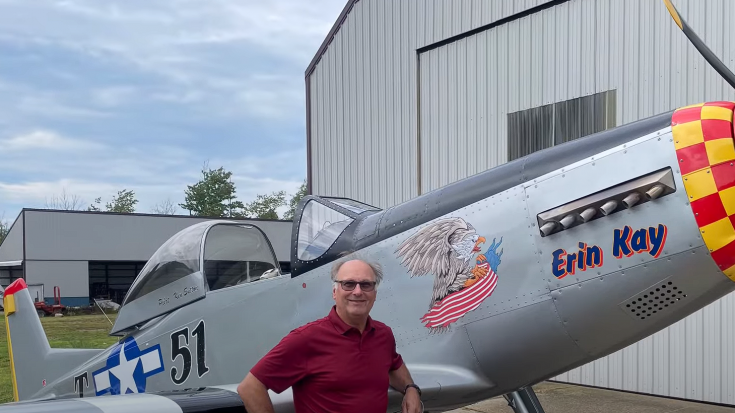 Ken Sutton’s Titan T-51 started its construction in 2007 and finished in 2013. Ever since he bought the aircraft, he’s made many changes for it to fit his standards.

These changes included replacing the stock altitude indicator with a Garmin, which has its own battery. Inside the cockpit, you’ll see a standard setup with two SDS computers installed, and are used in tandem with the T-51’s fuel-injected Honda V6 engine.

Based on his earlier flight from Detroit flying at 5,500ft, he only burned less than 10 gallons per hour at 155 knots. His T-51’s climb rate is also exceptional; it could climb at 110mph, amounting to around a thousand feet per minute.

Sutton admitted that he has never tried to do loops before since he hasn’t had proper training. However, he can easily do barrel rolls to impress his viewers. With an aircraft that looks this good, you don’t need to do aerobatics to impress anyone!