The Corsair That Starred In Baa Baa Black Sheep 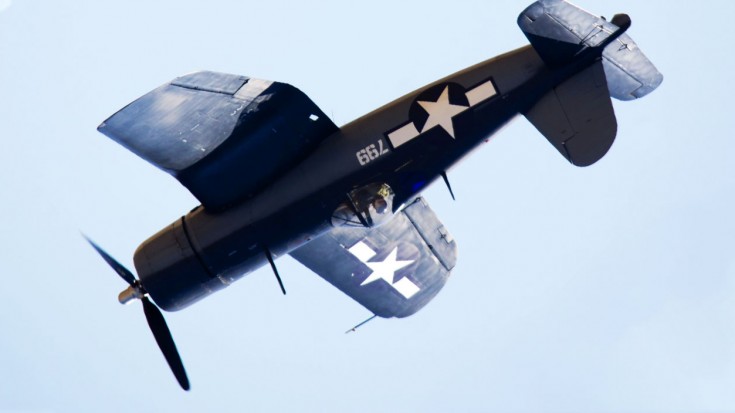 Not Only Did This Corsair See Combat, It Starred In Hollywood And Is Still Flying Today!

This Corsair has some impressive history behind her. She was built in 1943 and promptly shipped overseas for duty, where she fought for almost a year. Damaged, she was sent back to California for repairs. She was then assigned to a fighter-bomber unit, eventually ending up in a carrier air support unit. She then saw combat over the Pacific, and was officially withdrawn from active service in late 1945. After the war, since the U.S. had a major surplus of most of their planes, she was sold off to Twentieth Century Fox Studios, where she served as a prop.

Stripped down to save on weight during shooting, she was acquired by The Air Museum in 1970. Restored for the next 6 years, she was airworthy by 1976 and started flying at airshows. Also, she starred in a few Hollywood productions. They include, Baa Baa Black Sheep, Airwolf, Space and Wide World Of Flying, a video produced by ABC. Today, she still flies at airshows and is one of the few aircraft that have seen combat during World War II.