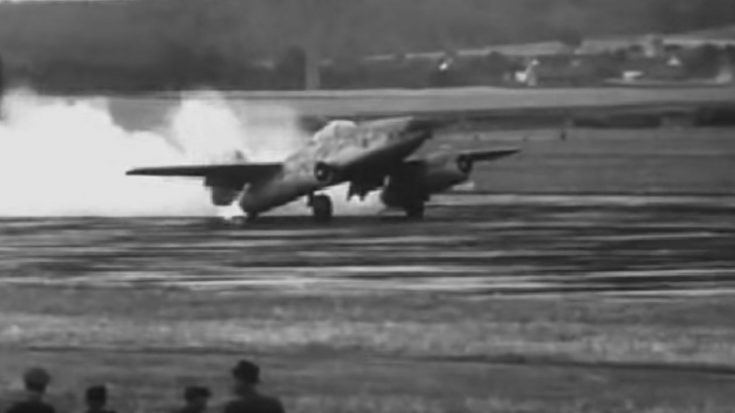 We think that all of you who follow our site and Facebook page know about the Me-262. After all, it was THE first operational fighter jet in the world and had the potential to change the outcome of World War II. Gladly, their numbers and Hitler’s stubbornness hindered its effectiveness to do so.

This footage we found is a 4-minute snippet from a documentary. The narrator will give you a ton of little tidbits about that day complete with what went wrong. We’re not going to go into detail in this write-up as the video does an excellent job telling you what you need to know.

Gotta hand it to test pilot Fritz Wendel however. A man that set the world speed record of 469.221 mph. back in 1939, he lived to fly. It’s no wonder then that he was the first to step into a jet powered aircraft that has never flown.

As you’ll be able to see, the first test flights didn’t go so well but this experienced pilot got out of every one of those situations.