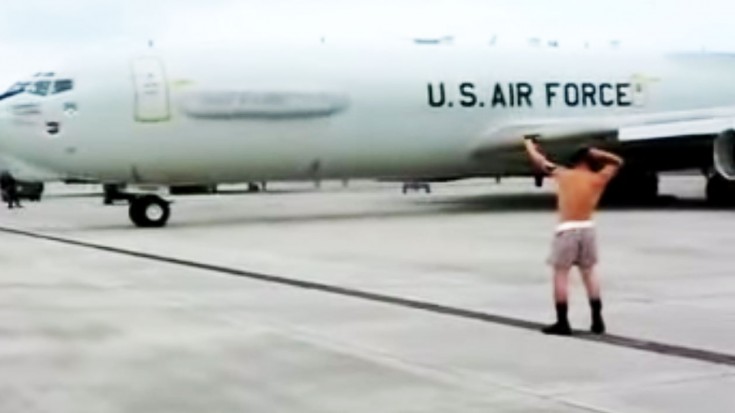 That Last Guy Was Actually The Best. Pretty Good Moves.

Aircraft marshaling is a key component of aviation, allowing for any aircraft to safely takeoff and land. It’s actually very critical role, as pilots are often unable to see different parts of the tarmac. Although a serious job, the signalmen in this video were bored with their standard routine and decided to make it more interesting. Much more interesting as a matter of fact.

It is very important to note that although this crucial personnel is goofing off, they are actually making the appropriate signals the whole time and performing their job well.

Both in the military and civilian aviation, most of the marshaling signals are the same. The signals are governed by the ICAO which stands for the International Civil Aviation Organization. This way, any plane landing or taking off from most countries around the world can communicate with the ground grew and vice versa, increasing the safety of anyone involved. In the case of this video however, the addition of dance moves would just make it more entertaining.