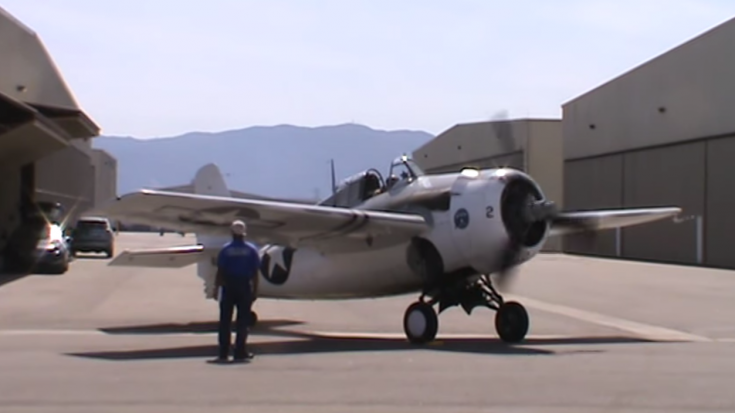 This Rugged Plane Did Its Job In The Pacific Theater

Designed in the early 1930s, the Grumman F4F Wildcats first flight took place in 1937 and was introduced into the war three years later. Built as an American carrier-based fighter, it was widely used by the British Royal Navy. Although much slower than the Zeros they battled over in the Pacific Theater, the Wildcat’s rugged build allowed it to take more damage and still be an effective fighter.

I would still assess the wildcat as the outstanding naval fighter of the early years of World War II…I can vouch as a matter of personal experience, this Grumman fighter was one of the finest shipboard airplanes ever created.-Eric M. Brown (British test pilot)

Its successor, the F6F Hellcat, was built to overcome any of the shortcomings that the Wildcat faced. With a faster top speed and other improvements, the Hellcat replaced the Wildcat in the fight against the Zeros. During its service however, the F4F did its job and ended its career with a 6.9:1 kill ratio.