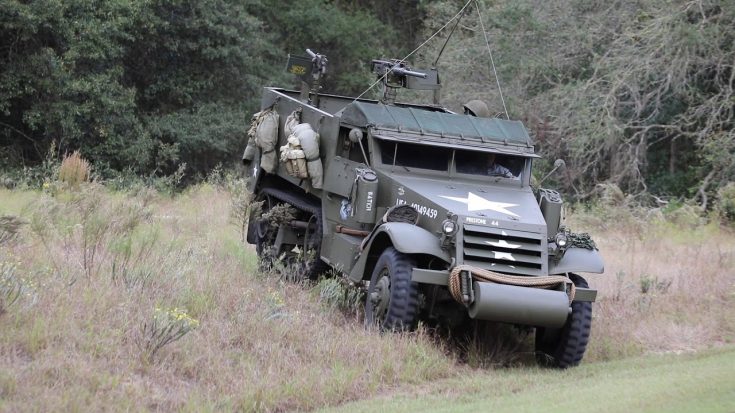 M15 Half-tracks are WWII-era vehicles that served throughout the Mediterranean, European, and Pacific theaters of operations.

In 1943, its M42 weapon mount was replaced with an M54 mount with the M3A1 half-track’s chassis. This configuration led to a variant called the M15A1 CGMC – exactly what David Thomas has today.

Thomas knew he had to have one after serving in the military. He finally got his wish when a non-functional 1943 Half-track was sold to him for a steep price.

It took him two years to restore the vehicle, though most of that was spent tracking down its parts. Thomas and his friends had to buy a special trailer and a 1-ton truck to lug the vehicle around.

When asked where he goes with the Half-track, Thomas couldn’t contain his laughter when he said,

Anywhere you want to!

Though the presence of the 30 and 50-cal machine guns at the back would beg to disagree.