Top 10 Places For Warbird Fanatics In The U.S. That You Have to Visit 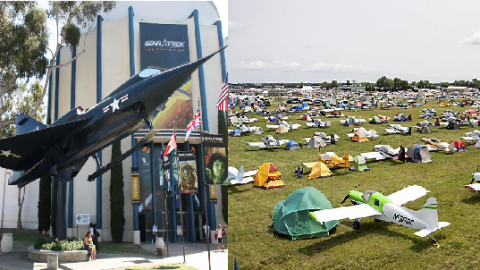 Let’s get straight to the point here. You know your planes like the back of your hand, you’ve been to several air shows and enjoyed the breathtaking, adrenaline-pumping feeling of getting to see your favorite warbird doing some fancy stunts or just flying by. So how about making your very own Aircraft Bucket List by going to the following places one by one until you’ve crossed them all off? We double dare you! 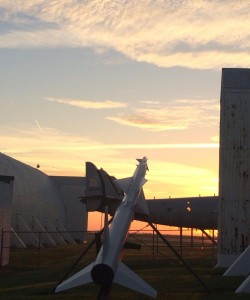 The Combat Air Museum is a monument to aviation history. Operating for 40 years this museum is home to over 30 aircrafts ranging from WWI planes to present day. Located on an active airfield the Combat Air Museum treats its patrons to airshows from Air Force Fighters and helicopters. They go beyond plane displays and also feature aviation artwork, replicas, uniforms from pilots and other memorabilia. With a big emphasis on community they provide historical lectures and also restore aircraft. This is the museum that has everything you could want.

The warbird retirement home in Tucson, Arizona may not sound like the most exciting place to visit but trust me, it’s worth the trip. This is where you can find 100 years of aviation history in 80 acres of land. It features almost 300 historical airplanes from the Boeing YC-14 to the Wright Flyer. It has indoor exhibit hangars, control tower mock-up and even houses the Arizona Aviation Hall of Fame. It’s open 7 days a week, 9:00 AM to 5:00 PM. You can check out their scheduled boneyard and museum grounds tour on their official website.

Instead of just watching the planes, why not experience riding in one? Yes, you can book a ride on the B-17 Texas Raiders! She’s currently located at the David Wayne Hooks Memorial Airport in Spring, Texas and is being maintained and flown by The Commemorative Air Force’s Gulf Coast Wing “Texas Raiders” group. This is just one of the 11 B-17s currently in flying condition.

Don’t miss this gem! Located south of Titusville, Florida at the Space Coast Regional Airport, 6600 Tico Road, Brevard County. The Valiant Air Command Warbird Museum has an impressive collection of vintage aircraft and warbirds from World War I up to the present. The 10-acre property houses a 30,000-square-foot hangar, memorabilia hall, restoration area and holds an annual air show every March. It’s open seven days a week, hosts a fly-in breakfast every second Saturday. You can even ride on the fully restored WWII Normandy Invasion Veteran C-47 “TiCo Belle!”

Want something extra thrilling that satisfies the adrenaline junkie in you? Then you just might want to sign up for a dogfight at Air Combat USA in Fullerton, CA. Even if you don’t have a pilot’s license or any prior flying experience, you can engage in an air-to-air combat. This is no simulator, it’s the real thing minus the bullets! Now you can become what you’ve always dreamed of — a fighter pilot. At some point, you probably imagined yourself pulling g’s, maneuvering the aircraft and squeezing the trigger — now you get to live that dream and be a real-life Maverick even for just a day. Open for seven days a week from 8:00 AM to 5:00 PM, Air Combat USA is an experience unlike any other.

I am sure you’ve always wondered how exactly these massive planes are built. Well, wonder no more! The Future of Flight Aviation Center & Boeing Tour allows you to have an extraordinary experience by getting a behind-the-scenes look at airliner manufacturing. Located at the Paine Field in Mukilteo, Washington featuring an aviation museum, education center, 28,000-square-foot gallery exhibits, displays, café, shops and a 240-seat theater. You can even digitally design your very own plane!

Located in Historical Balboa Park, the San Diego Air & Space Museum houses an impressive collection of spacecraft and aircraft and even has a working flying replica of the actual Apollo 9 Command Module spacecraft — Spirit of St. Louis. Aside from various events and exhibits, the museum also features artifacts from numerous aviation legends and pioneers including the Wright Brothers, Neil Armstrong and Amelia Earhart. Trust me, you do not want to miss this museum!

This is the reason you should be in Oshkosh, Wisconsin every summer. For an entire week, you get to take a closer look at more than 10,00 airplanes, attend 500 seminars, see 700 product exhibitors and more. This year the event takes place from July 25 to July 31 and will feature a daily air show. This is possibly the largest annual gathering of aviation enthusiasts and recreational pilots. If you’ve never been here then you just missed half of your life.

It’s not the fifth most visited museum in the world for nothing. If you are in Washington, DC you have to go here. There is so much to see of the massive collection of spacecraft and aircraft — the largest one, by the way. Aside from the incredible display as well as exhibits, it’s also a center for research for aviation, spaceflight, terrestrial geology, planetary science and geophysics. Yep, you’re allowed to geek out now and you can even add your name or a friend’s to their Wall of Honor alongside flight legends like the Wright Brothers.

Planes of Fame isn’t just another museum, it’s LIVING HISTORY. If you’re looking for a military aviation adventure then this is the perfect place. There are more than 150 planes including the ONLY flying Japanese Mitsubishi A6M Zero and other rare aircraft in airworthy condition — Republic P-47G Thunderbolt, North American P-51A Mustang and even a Boeing P-26A Peashooter. Aside from the annual air show, they also feature  a monthly mini-air show with themes. With locations in Chino, CA and Valle, AZ you can’t call yourself an aviation enthusiast unless you’ve been to Planes of Fame.