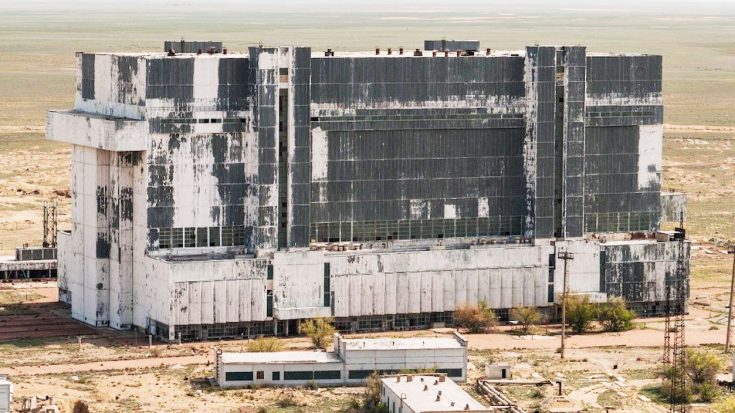 Now, we might have been living under a rock because we’ve never seen this before, but apparently, this happened almost 20 years ago but the story resurfaced just recently. To say it’s incredible would be an understatement.

A photojournalist Ralph Mirebs went to Kazakhstan after reading about the Soviet space exploration programs. Curious, he ventured out there investigate.

If you’d like to see the entire collection of Ralph’s photos, click here to go to his blog.

As you can see, it was one hell of a find. In 1973 during the Cold War era when the U.S. and U.S.S.R. were competing for space bragging rights, the latter building this facility. In it were the space shuttle Buran and a another mock-up shuttle.

Buran actually took off and orbited (without a crew) back in 1988 but that was the extent of its use. In 1993 the entire program was abandoned as the U.S.S.R. was dissolved and the facility was abandoned due to lack of funds.

Then, in 2002, an earthquake and storm rattled the decaying hangar so much that it collapsed, completely destroying these two wonderful pieces of space history inside.

The only thing that’s left are the hauntingly beautiful pictures.