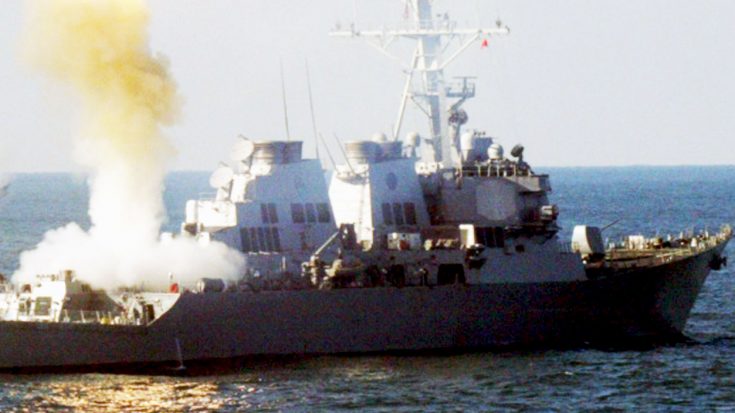 She Really Opened Up.

Although not directly, this video comes to us courtesy of the Navy and your tax dollars. For a little show and tell one might say, USS Vicksburg put on quite a show for her crew and sister ship. Like anything in today’s day and age, it was, of course, all caught on video and we found it for ya.

USS Vicksburg (CG-69) is a Ticonderoga-class guided missile cruiser serving the USN. She was laid down in 1990 and commissioned in 1992. Although she was to be decommissioned in 2013, she was kept in service and participated in various international exercises.

As for her armament, here’s what she’s packin’:

The only thing missing were rockets. If she fired a couple of those, we’d get to see her full potential. Then again, those are expensive so it’s better that we kept that money in our pockets. After all, it was more of a show than anything else.