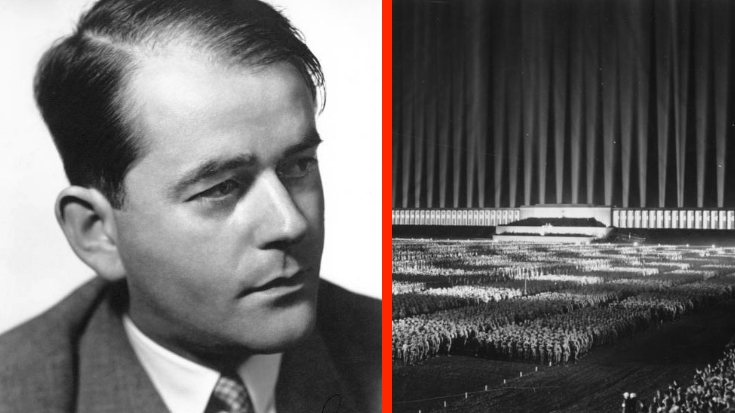 By the end of World War II, many German cities lay in ruins just shattered visions of their former glory. Albert Speer was the many who crafted the structures of the Third Reich and became a high-ranking member of Hitler’s inner circle. However, he always claimed he was ignorant of war crimes, so was he just an architect?

Albert Speer rose to prominence when his architectural designs were approved for the headquarters of the Third Reich. His work was noticed by Adolf Hitler and became part of his inner circle redesigning Germany.

“I belonged to a circle which consisted of other artists and his personal staff. If Hitler had had any friends at all, I certainly would have been one of his close friends.”

The revamp of German architecture is closely attributed to the work of Albert Speer. However, the speed at which these buildings were constructed implied that slave labor was used to meet deadlines. Speer also claimed that he endorsed Hitler’s world domination plans in order to see his buildings all over the world.

Following the conclusion of WWII, Albert Speer claimed to have been ignorant of the Holocaust. However, evidence proved that he did take part and designing concentration camps. In the end, his role in using slave labor to build structures implicated his role. Speer was the only man at the Nuremberg trials who would admit his guilt, he would spend 20 years in Spandau prison.

Although many wanted Albert Speer to executed or spend the rest of his days in jail, his role as an architect is what saved him. World War II was already well underway when he was promoted to Minister of Armaments. This clip from the Nuremberg trials admitting his role to distance himself from other war criminals.