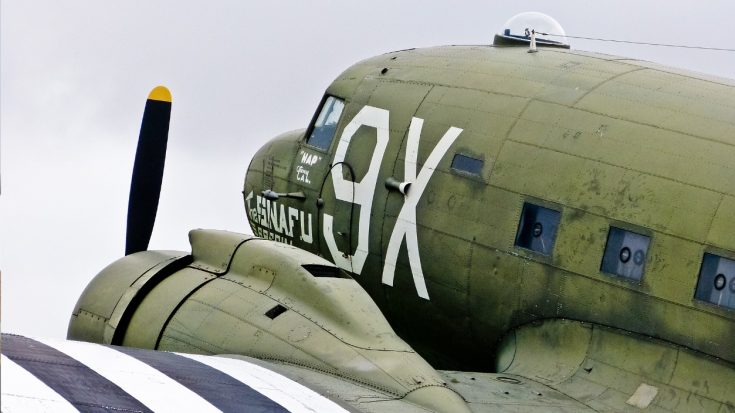 Imagine air travel in the late ‘30 and throughout the ‘40s. This aircraft is what airlines used. Rich people got dressed to the nines, and boarded a DC-3 to travel. Always a treat to see one in operation. 607 were built. #DC3 pic.twitter.com/SDNGRBOsFA

The DC-3 is an odd animal. Introduced in 1936, it still flies today, an emblem of reliability, versatility, and power. The Douglas Commercial 3 was a game changer for long-distance commercial travel.

As if that wasn’t enough, though, then came WWII. The DC-3 suited up for duty with the addition of a cargo door, strengthened floor, shortened tail cone, and a hoist attachment. Its performance was nothing short of phenomenal.

Oh yeah, and it played a major part in D-day.

Had the chance to have a look inside the @Daks_Normandy #c47 before it got to busy at @TheVictoryShow_ incredible piece of #aviation @history respect to all those guys who flew and jumped out of these things #LestWeForget pic.twitter.com/4Fp2NPxa3Y

It’s only natural that the the timeless Gooney Bird would have poems and songs written about it. Check out this amazing gem we found by Oscar Brand from his album “Up In The Air with Oscar Brand: Songs For The Madcap Airman.” We need this record! 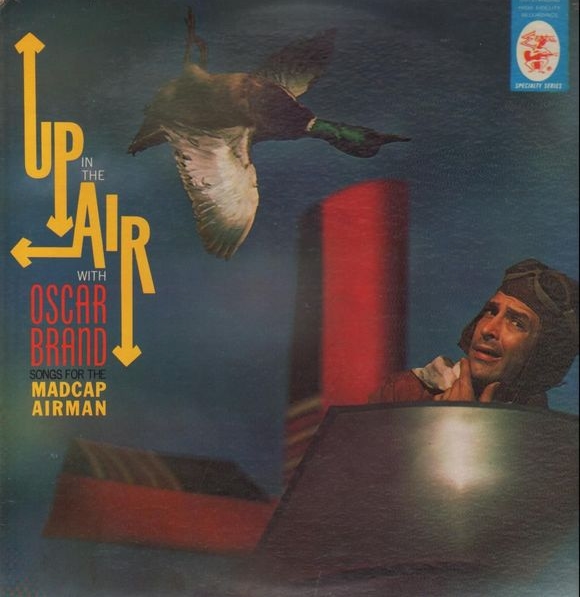 Tribute To The DC-3

In fifty-one they tried to ground the noble DC-3
And some lawyers brought the case before the C.A.B.
The board examined all the facts behind their great oak portal
And pronounced these simple words “The Gooney Bird’s Immortal”

The Army toast their Sky Train in lousy scotch and soda
The Tommies raise their glasses high to cheer their old Dakota
Some claim the C-47’s best, or the gallant R4D
Forget that claim, they’re all the same, they’re the noble DC-3.

Douglas built the ship to last, but nobody expected
This crazy heap would fly and fly, no matter how they wrecked it
While nations fall and men retire, and jets go obsolete
The Gooney Bird flies on and on at eleven thousand feet.

No matter what they do to her the Gooney Bird still flies
One crippled plane was fitted out with one wing half the size
She hunched her shoulders then took off (I know this makes you laugh)
One wing askew, and yet she flew, the DC-3 and a half.

She had her faults, but after all, who’s perfect in every sphere?
Her heating system was a gem we loved her for her gear
Of course the windows leaked a bit when the rain came pouring down
She’d keep you warm, but in a storm, it’s possible you’d drown.

Well now she flies the feeder lines and carries all the freight
She’s just an airborne office, a flying twelve ton crate
The patched her up with masking tape, with paper clips and strings
And still she flies, she never dies, Methuselah with wings.