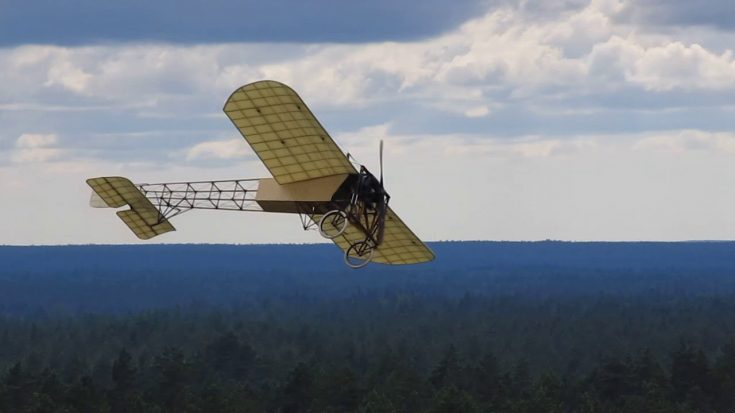 Spectators at the Jämi Fly-In in 2011 were treated with a rare sighting of the world’s oldest flying airplane – the Blériot XI.

The two-bladed prop aircraft took off steadily and flew in circles around the crowd, showing off its unique airframe. Its design was based on its predecessor, a tractor-configuration monoplane and a box-girder fuselage with wire cross bracing.

This aircraft design allowed Louis Blériot to make the first flight across the English Channel on July 25, 1909. His achievement remains one of the most famous accomplishments in the world of aviation.

Even though its first flight was more than a century ago, there are still a handful of airworthy examples worldwide. England’s Bleriot XI was built in 1909 and is the world’s oldest airworthy aircraft.