WWII Footage: Battle of the Philippine Sea In Color 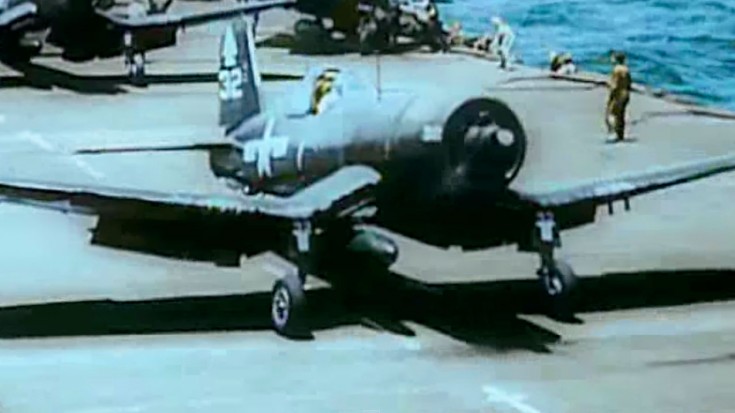 The Battle Of The Philippine Sea Was An Epic Victory For America!

An American victory in every aspect, the Battle of the Philippine Sea destroyed the Imperial Japanese Navy’s ability to carry out any further operations at sea. Thinking that they could inflict great damage to the American Naval force, the Japanese mustered up all their resources to keep the Marianas Islands under their control. Although a ‘carrier-versus-carrier’ battle, the air battle that ensued was later named the Marianas Turkey Shoot.

“Why hell, it was just like an old-turkey shoot down home!”-A pilot during debriefing on the USS Lexington.

The American Navy had numerous advantages going into that conflict. They were more heavily armed, had more advanced technology and more experienced pilots. Combined, these factors allowed the Americans to completely crush the Japanese Fleet. After a single day of fighting, only one American battleship was damaged and 123 planes were destroyed. The Japanese lost much more than that. Their fleet had three carriers  and two oil tankers sunk, as well as six battleships severely damaged. In the air however, things were even worst. Sending out inexperienced pilots in far less technologically advanced Zeros, the Japanese lost anywhere between 550-645 planes.