WWII Plane Gun Camera Footage Including An Me-262 Takedown 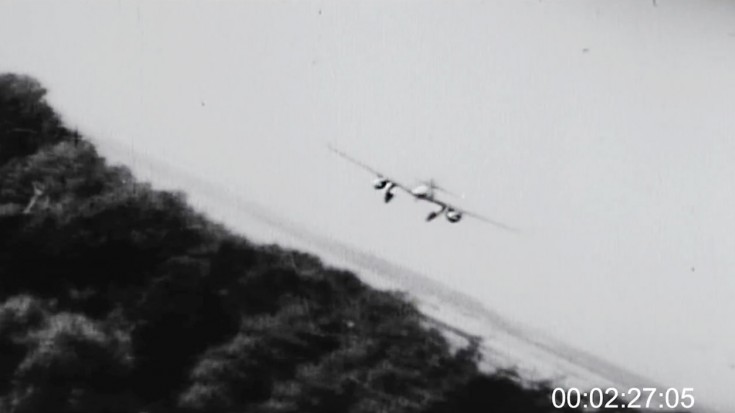 Those Are Some Pretty Awesome Shots!

This footage was brought to us from a company that curates historical footage. Broken down to more than a dozen individual shots, it shows multiple hits of both air-to-air combat and strafing missions.

From the description we’ve deducted that most of these shots belonged to the 3rd and 8th Army Air Force in late 1944. Dubbed over with a commentator, it seems like this film was used for training and morale boosting purposes, as it shows Allied fighters kicking butt and taking names.

About 8:22 into the video you’ll clearly see an Allied fighter get a bunch of hits on a Fw-190 and see the pilot bail out of his plane.

Some of the dogfights pictured do show some motivational shots as the Allied planes looked like they were stuck to the enemy like glue. As for strafing, direct hits with massive explosions were shown as well.

Some of the runs show a truck convoy being destroyed while crossing a bridge as well as a fighter strafing a long line of train cars with war supplies. Towards the end, P-47s also strafe Japanese targets in Burma. Overall, this is one intense compilation of gun cams!