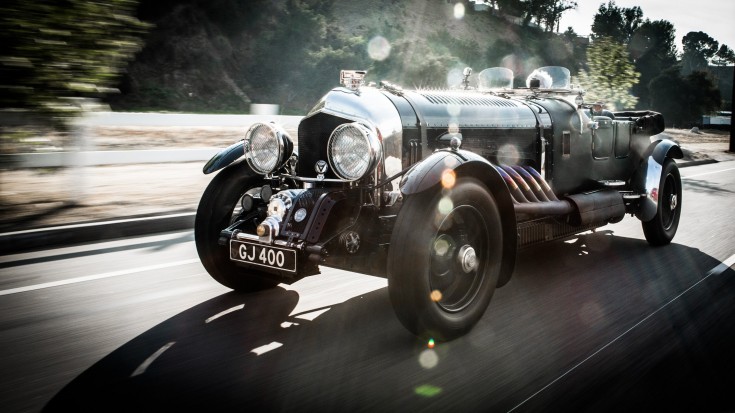 That’s A Lot Of Ponies Under The Hood!

Most people know of Jay Leno, but for those of you who don’t for some reason, we’ll tell you what you need to know. Not to do him any injustice, but the quick version is that Leno is a television host who made enough money to invest in really rare and unique cars. He now has a show called Jay Leno’s Garage and stuns his viewers with some of the craziest cars in the world.

In this installment, we take a look at a 1930s Bentley which he had restored from the chassis up. What is relevant to our beloved World War II planes however, is what he put under the hood. It’s impressive, to say the least.

Although this isn’t a classic as Leno opted to put in some modern pieces into the build like a fuel injector and such, this is still a work of art. Powered by a 27 liter Merlin engine, it produces over 650 horsepower, although Leno said you can max it out at over 1,000.

Either way, Jay will walk you through some really interesting facts of this vintage car. From the engine to the frame, this is one car you have to see. It sounds identical to the actual Spitfire!