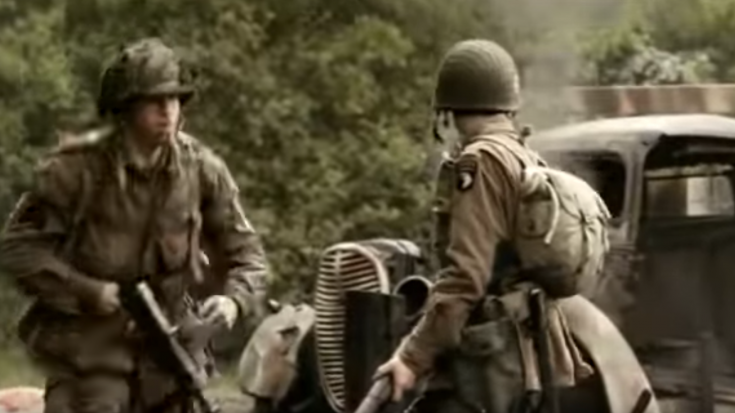 One of the best WWII TV series has to be Band of Brothers. Directed by Steven Spielberg, who also directed Saving Private Ryan, the series follows along “Easy Company”, 2nd Battalion, 506th Parachute Infantry Regiment, of the 101st Airborne Division. The series goes all the way from the soldiers training, through the Invasion of Normandy, even up until the Pacific Theatre. The show was addicting. You just couldn’t wait until the next. Here we dig up a taste of nostalgia from one of the scenes taking place in Normandy. Just to think of what the real-life heroes had to go through, is insane.