What Was The True Size Of The Red Army In WWII? 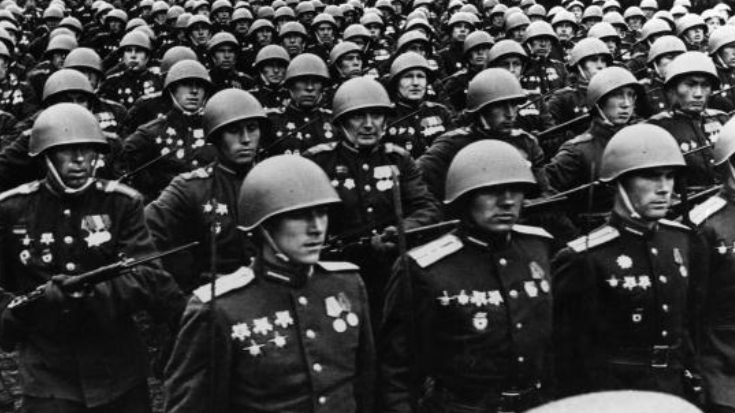 Operation Barbarossa marked the final time that the Third Reich staged an offensive before their defeat at the hands of the Red Army. Germany vastly underestimated the military capabilities of the Soviet Union on the Eastern Front. German intelligence claimed that the size of the Red Army was much smaller, so what was its true size.

Germany expected an easy victory over the Soviet Union after learning of their defeat by Finland during the Winter War. But by the time Germany was within 30 kilometers of Moscow, they found themselves pushed back by more troops than anticipated.

“The Russian colossus…has been underestimated by us…whenever a dozen divisions are destroyed the Russians replace them with another dozen.”

By 1941, the Soviet Union had roughly 4.8 million troops comprised of 170 divisions. Germans expected a few million Soviet troops and a few armored divisions. Knowing that the fate of his entire nation was at stake, Stalin ordered troops transferred from Siberia to the Eastern front. Forced conscription of brought the number of Red Army to over 29 million when Soviet civilians were pressed to join the military.

There were a number of other factors that led to a German defeat including weather, lack of supplies and Americans providing support through the Lend-Lease Act. But in the end, the Axis Powers couldn’t keep up with superior numbers.